sad sickness no matter what you call it, it is a mental health injury.

first responders will be affected by a mental health injury, and that 60%

have at one time or another had suicidal thoughts.

PTSD causes intrusive symptoms such as re-experiencing a traumatic event.

Many people have vivid nightmares, night terrors, flashbacks, anxiety, or thoughts of the event that

seem to come from nowhere. They often avoid things, people or areas that remind them of this

event or similar events. PTSD can make people feel very nervous or ‘on edge’ all the time. Many startle easily, have a hard time concentrating, memory issues, feel irritable, or have problems sleeping. They may often feel like something terrible is about to happen, even when they are safe. Some people feel very numb and detached. Isolation is a very common theme and there is a risk of self medicating with drugs and/or alcohol.They may feel like things around them aren’t real, feel disconnected from their body or thoughts, or have a hard time feeling emotions or are extremely sensitive and anger, oh the anger.

1 out of 3 first responders such as 911 dispatchers, paramedics, fire fighters and peace officers—police officers, corrections officers, and sheriffs vs. 1 in 10 in the general public. Those who work in such a stressful career should not be barred from receiving the treatment and benefits than anyone else. Suicide rates are on the rise among first responders, and it is slowly becoming a silent and unreported epidemic among those who come to your aid in your deepest, darkest times of nee2d.

Berfore I go one any further, I am going to say this here, and often, and if you are injured or know of someone with a psychological injury, the best support is to listen, ASK THEM how you can support them and remind them....or yourself of this very important message:   Your psychological injury, PSTD, OSI...WAS DONE TO YOU.....IT DOES NOT DEFINE YOU OR YOUR LIFE!!!!!

WE ARE BEING INFORMED OF PSYCHOLOGICAL INJURIES IN THOSE IN FIRST RESPONDER, NURSES AND FRONT LINE WORKERS CAREERS....THEN WHY ...WHY ARE SUICIDES ON THE INCREASE EVERY YEAR!!!!!  WE NEED TO TALK MORE, DO MORE, HELP MORE!

It is always shocking and sad that with all of the NEW changes, we are still reporting suicides of our brave First Responders here in BC. It is now being reported as an "epidemic" across the Country.  We are here to report  we have lost an UNACCEPTABLE 12 Paramedics/Dispatchers, 11 Peace Officers/Corrections Officers and 6 Fire Fighters to suicide: as a result of work related psychological injuries. ​29 LIVES LOST, WHY? OUR COMMUNITY, OUR EMPLOYERS' INSURANCE COMPANY STILL DOESN'T CARE ENOUGH!!!!

Our community shares in the grief at the loss of these incredible selfless souls, who strived to serve their community and sadly,  could no longer stand the pain or did NOT get the nurturing support and understanding that is truly required. There is MORE than just understanding the diagnosis', there needs to be a better support system - and less lip service - as to the full comprehension of what First Responders's careers entail.  Imagine working in a HYPERVIGILENT STATE ON ALMOST EVERY CALL YOU ARE SENT TO...THE ALWAYS UNKNOWING???

In May of this year, Labour Minister added Dispatchers and Nurses to this Clause.

Therein lies the differeince with other careers.

BC lost 22 First Responders to suicide, superceding those souls we lost in 2017.  DOES THIS NOT PROVE WE ARE STILL NOT DOING ENOUGH FOR THOSE WHO DO EVERYTHING FOR US?  We have lost 7 peace officers, (Police and Corrections) 7 paramedics and 4 fire fighters and 2 dispatchers.  Sadly, we have also lost  two retirees; you see, we can leave the job, but the job never leaves us.​  Yes, these are anecdotal statistics, but because of the persistent stigma, and knowing that on average, only 10% of suicides are ever reported, we can only imagine the true nature of this epidemic.  The other almost impossible thing to consider is, this is only one group in BC that has reported these lives lost as a result of their Occupational Psychological Injuries.

In 2017  it was with a heavy heart we reported that here in BC, we had lost   20 amazing selfless souls  after knowing their WCAT decisions were either suspended, or delayed again and again...or ultimately denied, they lost their dignity, self esteem, had no money to re-educate for a new future so no hope, no supports, the pain, oh the pain.  Death. Death seems the only viable option. Only 4 of these selfless souls and had no claims.  It is becoming more apparent that our retired first responders that never had access to treatment, or knew it was "OK" to reach out, have been fighting their demons until their aging health issues, watching those around them pass on, have weakened their strength to hang on to life and succumb to their PTSD and took their lives.  Thus, the Presumptive Clause MUST be retro-active.

Sadly, these lives lost are only the ones that have been reported. In 2016 we lost 19 first responders who died by suicide,and one remains on life support, 7 police officers, 7 paramedic, 4 fire fighters and 1 corrections officer.

In 2015, in BC alone, 3 paramedics, 4 fire fighters, 1 corrections, and 2 Peace Officers have died by suicide.

The Liberal Government wanted to put the onus on the Employers and/or wait for it to become a Federal Issue and have BC be the "leading" Province for a standardized change.  I agree with education, absolutely - understanding what the signs and symptoms are of an operational stress injury are for these kinds of careers is excellent, but you cannot spot the ONE EMPLOYEE who is going to "get" PTSD!?  Even if you have taken all the courses offered, you will never be able to "Build a Resilient Mind" "A Mindful Toolbox" if you have chosen one of these careers, you are human and your mind will let you know when it is beginning to fracture.  THAT IS WHEN YOU ASK FOR HELP, not when it is too late; or for some it is a sudden onset.

Minister Bains spoke of "Prevention",  just how can you prepare yourself for what we see, hear, smell, feel..over and over and over? ONLY someone who does not understand what we do, why we do it, or how this career CHOOSES US SAYS THAT!

Anyone who has chosen a career in emergency services will tell you it is a drive to serve our communities. Some describe their work as a calling or a passion, can't imagine doing anything else.

If you are in need of any of the emergency services, there is a calm and educated voice at the other end of the 911 call. If you need medical attention, we are there. If you are trapped in a car after a car accident, or your property is on fire, we will be there. If you have been assaulted, or your home has been broken into, we will be there. We are also there to keep the offenders who are serving their sentences secure, and prevent further harm to others and when an incident involves all departments of emergency services, we are a team.

Given all we do for our communities, I ask you: Who will be there to take care of us in our time of need?

At first, only Alberta had legislated a Presumptive Clause when we first informed the then, Opposition Leaders of the NDP of this Clause, but soon Manitoba, Ontario, New Brunswick, Saskatchewan and P.E.I. followed suite.  SO WHY WAS BC IGNORING WHAT 75% OF CANADA HAS COME TO REALIZE IT IS THE FISCALLY RESPONSIBLE THING TO DO, AS WELL AS THE LEGAL, MORAL AND ETHICALLY RIGHT THING TO DO??  Well, in 2018 BC finally accepted the science.

We asked our government to enact new Legislation under 5.1 of The Workers Compensation Act to include a Presumptive Clause for first responders who sustain a mental health injury (PTSD) in the course of their duties at work. This is what our group, You Are Not Alone PTSD BC, has worked so hard for.

When a first responder submits their WorkSafe BC claim, they attach one report from a psychologist and/or psychiatrist. With a presumptive clause, the burden of proof has now been removed from the first responder, it is presumed in our line of work, the probability of a mental health injury is considered very high.

Science has proven that much like veterans, we are susceptible to mental health injuries, including PTSD. Therefore with a presumptive clause in place, appropriate treatment and benefits would begin immediately, unless it is proven that the disorder was caused by a non-work incident. The science has also shown that early and appropriate treatment is essential in treating PTSD. The earlier the treatment, the earlier the recovery, and thus the earlier the return to work. This ensures a sturdy workforce. Once again, the science, the research, the statistics have proven this to be factual.

Your first responders need more changes to our new Presumptive Clause urgently. The Benefits and Supports must LIE IN FAVOR OF THE INJURED WORKER! Check out this page on our site. It explains how you can help us. By helping us, you really are helping us help you.

Be safe, hug those you love and

give a hand up to those who need it.

Founder of You Are Not Alone PTSD BC 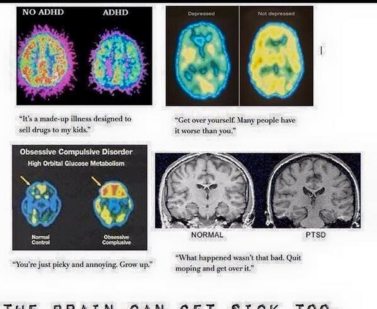 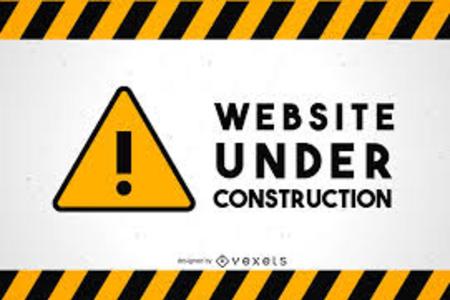