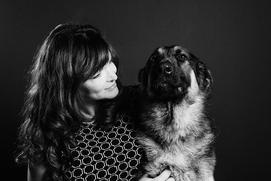 The 2011 stabbing of  a police Constable dominated headlines as the

case wound its way through the court system. But the story that hasn’t

been told is that of the police dispatcher, me, Tania who sent the

stress disorder. The officer's injuries were serious,  she had been

stabbed, her neck, her ear were injured in the knife attack and she almost had her thumb dismembered.

I will always feel guilty, it was me that  sent her into that call alone, I keep playing out "only if I" scenarios,  If I didn’t send her to that call, it never would have happened.

I joined the group You are not alone PTSD BC because  WorkSafe BC never helped me with my well documented PTSD, and I was not getting the support I needed, something that nobody at WSBC  could understand because they do not understand what a first responder really does.  So when there was a meeting with Minister Shirley Bond in June 2015, I was one of the five that went.  I shared my emotional story with Jobs Minister Shirley Bond at that meeting, because our group  is a group of first responders who are pushing for improvements in the way WorkSafe B.C. deals with mental-health injury claims.

At the end of the meeting Minister Bond bent down to talk to me and she had genuine tears. I  saw the empathy in her.  I remember Minister Bond saying she cares about the first responders and the work we do. There was two  paramedics, firefighter, and a police officer who also attended the meeting that are asking for psychological supports to kick in as soon as a mental-health claim is filed with WorkSafe B.C. It was Lisa Jennings that said “all first responders who are denied their legitimate mental health claims often find suicide as an option and we will hold her culpable for every suicide from now on.” The other member said, “Yes, because now you know, now you know”.

That’s where I fell through the cracks, my mental health  injury claim to WorkSafe B.C. was initially denied, then accepted after a review. I requested  for a certified service dog to assist with my PTSD and of course, that was denied and it took nine months for funding to be approved so I could attend group therapy.

It’s been a battle since Day 1, which causes my symptoms to just get worse from being re-traumatized and  financially stressed. Jennifer Leyen, WorkSafe B.C.’s director of special care services and disability awards, said she understands my frustration.  WorkSafe did acknowledge there was a delay but there are delays in EVERY claim.

All I asked for was a certified service dog  and was turned down because “right now there isn’t the clinical or the medical evidence that this is a therapeutic intervention, that having a service dog helps people get better,” said the Director of the Special Care unit of WorkSafe.  Then she said WorkSafe B.C. is looking closely at a Veterans Affairs Canada pilot project looking at  whether service dogs assist those with PTSD.

All we ever hear from Minister Bond or from the Media Person at WorkSafe BC is the same quote, verbatim and that is:  “ In 2012, legislation was passed to legally recognize diagnosed work-related mental disorders”.

Well, that is not enough so I had no choice, I tried to go back to work.  However, shortly after I went back I started collapsing, but I had to keep going because I had two kids at home, bills to pay, I had no options. My kids suffered the worst through the whole thing. They didn’t have a mom. I wasn’t cooking, wasn’t cleaning, I was taking prescribed pain killers to numb the pain.

I had suicidal thoughts and in June 2012 stopped working. In January 2013, I tried to take an online training course to be a court reporter but had trouble concentrating, I knew this would not be a good job for me anyway, to have record the stories of traumas in court would only make me relive my own.  WorkSafe would not consider anything else because “I am turning down the possibility of work”.  I then began on my recovery through group and one-on-one counselling. I knew that is what I needed first.

The first responders are also pushing for B.C. to follow Alberta’s lead, Manitoba's, Ontario's, New Brunswick and just recently Saskatchewan and implement “presumptive” disability legislation for mental-health injuries in first responders, recognizing the disorder as a work-related hazard. That would make it easier for paramedics, police officers and firefighters suffering from PTSD to get treatment and compensation from WorkSafe B.C.

“All I know is that things have to change.”