I am one of those lucky people who can say

that I have never worked a day in my life. I

say this with pride after 25  years of service as a paramedic. I thought years back becoming a lawyer was my goal, but one night while riding with a paramedic crew in Calgary my destiny chose me.

After picking up one of our patients from a drive by shooting, he was full of bullet holes and was thrown out of a moving vehicle. I looked down at him and he was face up but his feet were facing down? His legs were like corkscrews? What the....? I thought out loud: How do I join up for this gig? The paramedic I was riding with that night smiled at me and said: “You are going to do well in the job.”

This is the beginning of my campaign  to kill

the stigmaand embarrass the hell out of

employers for their lack of training, support

and shitty attitudes!   I feel no / zero embarrassment for what happened to me. Here is the story of what many PTSD suffers experience, different but very similar!

My story in short: After 20 years of helping the sick and injured, being barfed on, threatened with all kind of weapons, cleaning up horrific scenes so bad I had to use a garden hose to wash the ambulance floor off, the deaths and more, I was lucky enough to win the PTSD award!

Canadian firefighter. I watched with alarm as

McMurray's 94,000 residents from their homes

over the past two weeks. I was the fire chief of Elkford, British Columbia -- a small town 120 kilometres southwest of Calgary and fought fires in Alberta and know many of those people battling the massive blaze.

I was dispatching for a police department in

Victoria in when the 2011 stabbing of  police

Constable dominated headlines as the case

wound its way through the court system. But

the story that hasn’t been told is that of how

I, the police dispatcher who sent the 25-year-old

officer to  respond to what came in as a routine shoplifting call at a downtown 7-Eleven on Jan. 17, 2011.

I blame myself for sending her into danger, and have been on sick leave from the Police Department as a result of post-traumatic stress disorder ever since. The officer's injuries were serious,  she had been stabbed.  Her neck, ear were injured in the knife attack and she almost had her thumb dismembered.

I will always feel guilty, it was me that  sent her into that call alone,  “ keep playing out "only if I" scenarios”,  If I didn’t send her to that call, it never would have happened.”

I joined the group You are not alone PTSD BC because  WorkSafe BC never helped me with my well documented PTSD, and I was not getting the support I needed, something that nobody at WSBC  could understand because they do not understand what a first responder really does.  So when there was a meeting with Minister Shirley Bond in June 2015, I was one of the five  members of the group that was asked to attend and although it was so hard  to fight through my PTSD triggers, I went.  I shared my emotional story with Jobs Minister Shirley Bond at that meeting, because our group  is a group of first responders who are pushing for improvements in the way WorkSafe B.C. deals with mental-health injury claims. In the end, I felt empowered so it did help me grow regardless.

COPYRIGHTS YOU ARE NOT ALONE PTSD BC 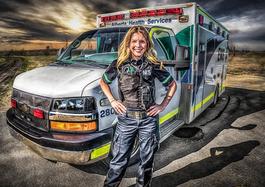 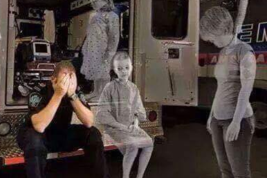 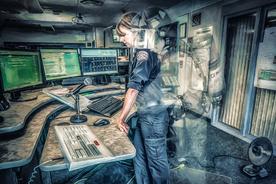 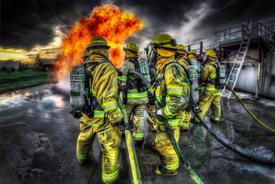