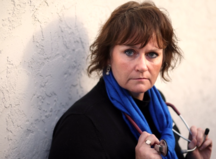 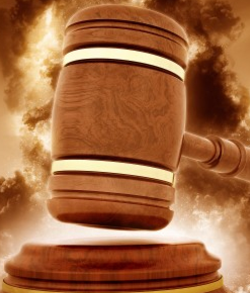 of the emergency services group of departments

physically and verbally assaulted me, my partner and our frail and unwell

patient , with no support from

WSBC, my employer, any of my colleagues I once called friends or Union,

I started to look into where I could and why I

mental health claims were NOT being accepted, and why and how

corrections and sheriffs—were taking their own lives because they were

NOT getting the urgent and APPROPRIATE treatment ,benefits from WSBC, were being denied and they were having to PROVE their psychological injuries were as a result of their jobs. They had to tell their story OVER and OVER again to different professionals repeatedly retraumatizing themselves. THE PAIN and LONLINESS became intolerable.

Minister Bond stated on the record, that when Section 5.1 (Mental Health Injury) was added to WSBC in July 2012, she confirmed that 1800 MHI claims were submitted from the health care sector, the majority were from emergency personnel, — 114 primarily from paramedics alone, , during the first three years of the new Section 5.1 legislation , out of those 1800 claims, 31 were compensated, and only at the WCAT (Tribunal) phase. So 31 claims out of 1800 claims met the criteria of Section 5.1 ? (This number was taken from the April 27, 2015 Estimates Transcripts.) The rest were  suspended, the workers quit because they could not take it or the financial loss or they were denied. No wonder the suicide rates are on the rise!

I spent the next eight months investigating; researching; contacting professionals in the field; other provincial officials outside of BC and within our own government opposition; psychologists who specialize with first responders with PTSD; and caught the attention of the media. Then I broke my silence.

Now that this group has grown, and many individuals contact us, I get physically ill when the families of those that died call me and tell me the stories of their loved ones and say they don’t want it reported as a suicide, yet they want their loved one’s death to count. So they ask me to use their death and add them to the statistics. With a heavy heart I honor that family member’s request. Why do they phone me? Well, once I started this group and told my story publically, I somehow became a resource for these loved ones, other first responders and yes, some police, fire and correction departments to advise me of the suicides.

We needed a Presumptive Clause like Alberta has, but with even more protection. BC has one for fire fighters, which lists 13 types of cancer, and cardiac disease so there is a template to build upon. These claims are also retro-active into the fire fighters' retirement... This lead me to more research, more case law, more documents, more emails, email campaigns to MLAs, to the Premier, Christy Clark, and to the Minister of Jobs, Skills and Training, Shirley Bond. How do I get a meeting with Minister Bond? You just have to keep asking. AND ASKING AND ASKING.

I started a small private support group for any first responders with MHI on Facebook. It is safe and private and has supported many, even so far as saving a life or two, maybe more. Then after another media story, I was inundated with emails and phone calls wanting to know how people can help support the cause, and make the Presumptive Clause a reality. Our little grass-roots movement went from 8 people to 182 by the time I wrote this (June 10, 2015).

I realized we needed another more public venue so we have a Facebook page, and now this website http://www.youarenotaloneptsdbc.ca was born. Things are progressing in a positive way. We have had our meeting with Minister Bond, which appeared positive.

For example:
• We presented research and statistics that prove the government will save money in health care if a presumptive clause is passed, they will reduce the homeless population, the costs of detox and treatment centres will be reduced as will the police and ambulance fees, the list goes on. Then there is the fact the employers will have their experience employee back to work, recovered sooner ensuring a sturdy workforce.
• Numerous letters of support from the municipal level, copies of Resolutions from these municipalities being put forth to the upcoming UBCM were provided to Minister Bond.
• I handed the Minister the presumptive document from Manitoba—before it was announced they even have a Presumptive Clause, and advised her how close Ontario and New Brunswick are to passing theirs.
• We asked: Did BC want to be seen as an antiquated embarrassment to Canada, or do we want to be progressive and move on this and be seen as a progressive Province?
• We reiterated that we do not want to hear the 2012 amendment anymore, (wherein it states that a mental health injury can now be considered a work related injury). Fantastic, that is redundant, a broken bone can now be considered a work related injury. Let’s build on that platform. People are killing themselves for help!

Although we did not come out with a presumptive clause, what I heard were words such as: “Excellent presentation, now this I can work with. These kinds of letters and documents can help us write law.”  “I promise I will be speaking with WSBC and ensure that the special care that first responders need are provided the day they submit their claim or at any time in their claim, when they need it.” “I will be involving the Minister of Health in these discussions.”

Minister Bond heard and felt the anguish from some of our stories and shared our tears, more so from their side of the table I would say. The temperature in the large and ostentatious meeting room softened. In my opinion, I think Minister Bond not only heard what we said, she also took the facts and statistics seriously. Thank you Minister Bond.  Now let’s act. One of our members quoted one of his favorite authors and wound up the meeting by quoting “you can’t unsee what you have seen, you can’t unhear what you have heard, so now you know, so now you know”. Minister Bond, you will be culpable in the next first responder’s suicide, because now you know.

People ask me: “Honestly, do you think this government will write the presumptive clause?” My response is always, “Absolutely, we are getting closer all the time.”

Minister Bond and the Premier should be receiving three more letters of support from three separate municipalities. Accompanying them will be the Resolutions being put forth to this year’s UBCM. This will be a hard topic for the Government to keep avoiding. We will continue until we have accomplished our goal, a Presumptive Clause so those who help those in our communities in their time of need, get the help they so richly deserve.

So that is how we got here. Instead of killing myself, I decided to channel that anger into doing something positive for every first responder who may follow in my footsteps. My goal is to ensure that they will get the help so many, like me and others, didn’t receive and to honor those we lost, who fought a good fight, but could not fight any longer.

Where do we go from here? Talk to your MLAs. Email them, email Minister Bond and cc the Premier, John Horgan and Shane Simpson Opposition Critic to Minister of Labor, and Andrew Weaver and of course Christy Clark.  I believe 2017 will be our year, as both the Greens and the NDP have demonstrated they care about their First responders, but is up to us to remind them that we are essential to the citizens of BC. If you don’t get a response try again. The pile on the desk will make a statement. Tell them why you want a presumptive clause. Also check this page on our site, since it has some helpful tips as well. All I ask is please bcc me at lisaj911@gmail.com. Your letters come in awfully handy at meetings with our elected officials when I drop the pile of emails on the desk in front of me.  Rest assured, if you ask me not to share, yours will remain in confidence, and confidentiality is paramount in my Code of Ethics and what makes our group so successful.

If any of you have special talents or want to participate in this cause, like start a rally or start of a political petition (following the BC Legislation Rules and Guidelines) please let me know! Online Petitions are not legal in BC, they will never see the inside of the Gallery. The Petition requires a specific preamble and MUST have original signatures.  We would be glad to email you blank copy for you or your group to print off.

To all of you who are also fighting the battle with PTSD, remember You are not alone, and PTSD was done TO YOU it does NOT DEFINE YOU!