On July 6 2017 this Province had a major shift in change of Government, with the Liberals out of power and the NDP as a majority with the Green Party, the long awaited Presumptive Clause will finally become a reality for the First Responders of BC!

I had the privilege of sharing our concerns with the new Minister of Labor, the Honorable Harry Bains, wherein he stated "I think we have all agreed that this Legislation will happen, it is a matter of when, there needs to be further changes to the WorkSafe legislation so it could be late 2017 or in 2018, but it will happen".

Where there was some difference of opinion was whether the Presumptive Clause should be JUST for First Responders or for all Workers as in the Manitoba legislation, and others.  I explained that in the recent Government Study, statistically First Responders are still at a dramatically higher rate of mental health injuries/disorders than any other profession so I expressed the concern that if the Clause is open to ALL Workers, you will once again see WSBC being bogged down with so many claims, the delays will be truly unbearable.

Here is a link to a recent article confirming the urgency of such legislation that we have been screaming for:

Finally, in May 2018 new Legislation (Bill 9) reached Royal Ascent and the changes to WSBC began to take hold. I, of course, am still not satisfied that  ALL OF THE CHANGES  we asked for has not happened YET so I give you my word, as I have in the beginning of this journey, we will not stop fighting for all of the First Responders listed and the time limits WSBC is allowed to happen as soon as possible for we cannot lose ANY MORE LIVES! WE NEVER GIVE UP on what is the ethical and morally right thing to do!  I am proud to say, the members of this group are a tenacious bunch!

​We can all make it happen if we all let our voices be heard, our stories be told and if YOU believe the same, go to ourHow you can help and contact the Honorable Harry Bains

​and tell him yourself!

​There still needs to be more work done to implement the "Worker Centred" approach at WSBC, so PLEASE, know this...YOUR VOICE MATTERS!  Tell your story and keep on telling it!  A ripple can make a wave! 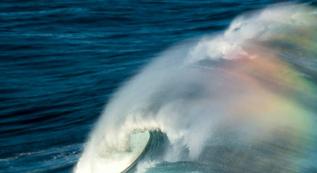