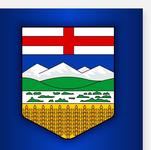 ​​​​​Presumptive Legislation In Other Provinces

THERE is an OBJECTIVE  and SCIENTIFICALLY proven difference in what a first responder with a mental health injury endures over their career due to the aspects of the culture of the work environment and the moral injuries that accompany that, vs any other profession. The constant state of hypervigilence and the "scenes, sights, smells, sounds" one observes is something that is often imprinted in ones brain.  We are often the only ones to do all tasks, quickly in uncontrolled environments, unsanitized environments that can change in a blink of an eye. THIS IS WHAT MAKES US DIFFERENT!

At the Federal Level, MP Todd Dougherty, (of Prince George) who was contacted by this group, a woman in Saskatchewan, and Ontario...all advocates for First Responders and the Presumptive Clause, spoke to Mr. Dougherty and we now wait for Bill C211 to reach  Royal Ascent.  It  passed all the reading with everey Member of Parliament endorsing it 100%,  Eventually, the rest of Canada will be forced to adopt this legislation.  So, let's do it now before one more precious life is lost.

In this section of our website you can see what other provinces have done with regards to presumptive legislation for its first responders.

As of the week of the third week of October 2018, Nova Scotia is the most recent Province in Canada to join the rest of the following Provinces by Passing Presumptive Clause. Legislation. This is once again, a testimony of understanding the true nature of the psychological injuries those on the front lines in our communities endure. We have not yet scratched the surface of the moral and value based injuries caused from the nature of the work in the employment setting alone.  This is slowly coming to the forefront as bullying and harassment is becoming a true reality as is abuse of authority.

Finally, after five years of lobbying their Government, a Private Members' Bill was amended by the Governement stating that only a psychologist or a psychiastrist may make the diagnosis of PTSD, and other psychological injuries but that now makes it as if the Government wrote the Bill themselves. This is great news for the First Responders in P.E.I.!

Well, aside from the Territories we can now say 50% has done the financially responsible, legally, morally, ethically right thing to do with this GOLD STAR Presumptive Clause.  This should be a non-partisan issue however, it is not seen that way here in BC, and with an election year in 2017, one would ask....how is this not considered important enough to any Party to make it a Platform issue?

Manitoba’s presumptive legislation is interesting because although it was inspired by the needs of first responders, it covers all employees in the province who are covered by WCB.

Ontario’s Presumptive Legislation has also passed for its first responders.
The applicable section of the Bill reads as follows:
Presumption re: post-traumatic stress disorder

The Bill can be read in its entirety here.

Bill 15 is a piece of presumptive legislation that will apply to firefighters, police officers, paramedics, and sheriffs, and like those WCB amendments already in passed in AB and MB, would presume that unless proven to the contrary, a first responder’s PTSD would be considered work-related.

The applicable section of the legislation reads as follows:
7.1(2) If a worker who is or has been a firefighter, paramedic, police officer or sheriff is diagnosed with post-traumatic stress disorder by a physician or psychologist, the post-traumatic stress disorder shall be presumed, unless the contrary is proven, to be an injury that arose out of and occurred during the course of the worker’s employment in response to a traumatic event or a series of traumatic events to which the worker was exposed in carrying out the worker’s duties as a firefighter, paramedic, police officer or sheriff.

May 2012, Bill 1 to legislate worker's compensation coverage for Alberta's first responders:  Post Traumatic Stress Disorder will be presumed to be work related.

"Bill 1 reaffirms our committment to our Province's first responders recognizing their crucial role in Albertan's safety and health and dealing with some of life's most traumatic experiences. These brave men and women put their lives on the lone in our greatest time of need, and we need to respond to them when they need help"

Changes proposed under Bill 1: The Workers' Compensation Amendment Act will allow firefighters, police officers, sheriffs and paramedics to receive compensation for PTSD without having to prove their condition is work related.

Alberta will be the first Province in Canada to provide such coverage.